In Quebec and everywhere else, the art market has changed a lot in the last decade. What may have seemed like an investment in the early 2000s can now be seen by some collectors as an expense with little growth potential.

For the average art lover, the main criterion that motivates the purchase of a work of art remains – and must remain – the “wow factor” because living with a work of art is an emotional experience above all. The potential for monetary growth should only come into play once you are sure you love the work.

That being said, there are still relatively safe values ​​in the art world.

Of course, we are talking about “historical” artists such as Marc-Aurèle Fortin, Ozias Leduc and Jean-Paul Riopelle in Quebec, as well as international masters such as Picasso, Matisse and Modigliani, who have proven their value on both national and international markets.

From a more affordable perspective, it remains, on the local market, artists whose rating remains enviable and are still within the reach of most collectors.

One of them is part of a select group that can boast of having developed a market both in Quebec and in Europe and who has even made a foray into the Asian markets!

Born October 4, 1953 in Brussels, Belgium, Roland Palmaerts comes from a family of painters with whom he made his initial apprenticeship. Early, he won at 10 years old the Tintin National Competition. He then perfected his training at the Institut Saint-Luc and at the Royal Academy of Fine Arts in Brussels.

He began his military service in 1972 as a para-commando.

In 1980, his adventurous spirit pushed him to immigrate to Canada where he worked as a designer and illustrator before devoting himself exclusively to painting from 1984 on. He devoted the next two decades to the creation but also to the teaching of watercolor both in Quebec and in Europe. Very active in the art world, Roland Palmaerts is a member of the Canadian Society of Watercolor (SCA), the European Institute of Watercolor (IEA) and was for five years president of the Institut des Arts figuratifs (IAF).

He returned to live in Belgium permanently in the mid-2000s, but still has roots in Quebec, which he visits several times a year.

In 2013, he gives himself a challenge when celebrating his sixtieth birthday. Indeed, he established, in the paper-making town of Arches in France in October 2013, a Guinness World Record in which he did in sixty hours of NON STOP painting – three days and two nights, sixty meters of paintings painted in watercolor!

Palmaerts is now known as an artist and pedagogue and his various workshops in both Europe and Quebec are attended by both painting professionals and art enthusiasts. On this subject, in the autumn of 2018, he revealed to the Belgian press that he had been teaching Philippe, the King of Belgium for a few years!

From the point of view of the market value of the artist’s works, an overview of auction results in recent years shows excellent stability in his aftermarket sales.

As for the retail market, the demand for the work of this international artist has remained stable for several years and his works are present in several art galleries in Quebec, in Europe and even, as we wrote above, in Asia!

Year in, year out, Roland Palmaerts remains one of the bestselling artists in a difficult and changing market.

Although no one is a prophet in the art world, it seems likely that this trend will continue for years to come. It is therefore likely that, at the very least, a painting by Palmaerts will keep its value and maybe even increase over time! 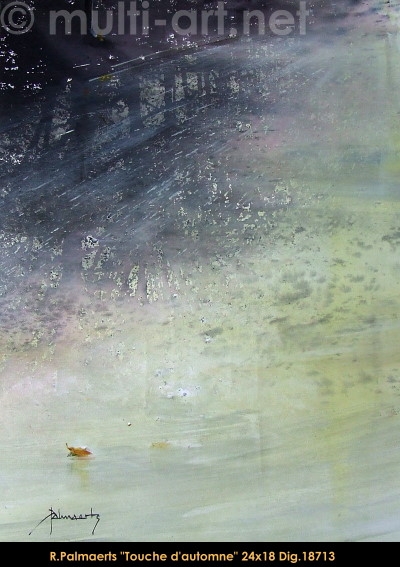 Be the first to hear about our exciting recent acquisitions, artist spotlights, events, exhibitions and all things new and newsworthy here at Le Balcon D’art.